GMAIL was launched in 2004 and has set the standard for web-based email.  12 years later we still have GMAIL but google has also developed their new tool Google Inbox and it is great!  Google Inbox is free and works with mostly as a replacement for GMAIL.  It is a full featured re-designed web interface.  The emails in both GMAIL and the new Google Inbox are one in the same.  Inbox lets you look at them via their updated interface and adds a lot of features such as Snoozing and email, simple check boxes to sweep / archive them away as done, setting reminders and one of my favorite features, contextual smart replies.

When you receive an email Google Inbox will come up with three potential smart replies based on the context and question.  This allows for really fast replies to email and works especially well.  The system that Google has designed learns and understands the emails you get and the system keeps getting better.  I love using it on my phone as I can be very responsive without a lot of typing.

In Gmail, you have the option to “Star” and email or mark it as important to make it easier to find later Inbox greatly improves on this system by letting you pin an email for easy access later, snooze an email so that it pops back to the top of your inbox at a time of your choosing, using the email to set a reminder, or mark it as done. This last action works the same as the archive feature in Gmail. The email thread isn’t deleted, it’s just moved out of your main view, keeping your inbox clear.

Inbox also reduces the  clutter in your inbox by automatically grouping emails of related content in their own categories the same way Gmail does which remain grouped together until you click them.   Previews and direct links to orders are also placed and also creates a left-right scroll to sort through the orders and gives the expected delivery dates along with direct links to the web pages where the item was ordered.

So does Inbox replace Gmail?  For me it mostly does and the only time I need to go back to GMAIL is to update custom filters as they have not added that option into Inbox.  All of the changes to settings & filters in GMAIL carry right on over to Inbox.  All in all, it’s a great system and I look forward to what future innovations will be added to this awesome email system! 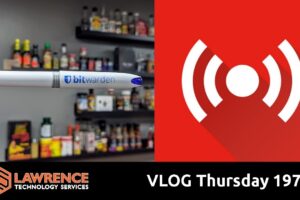