Your Phone Is Your Lifeline Any company of any size absolutely needs a reliable phone service. If your customers cannot reach you, then you cannot conduct your business, and your business fails. So why is it, then, that phone networks are such a pain to set up? Even simply adding a new phone to an existing network could potentially entail a huge amount of work.

We faced all these problems up till two years ago, when we decided to find a more robust and feature-rich phone service. After a few months of research we found RingCentral, a company that provides internet-based phone services, and over the last two years we’ve been consistently impressed by their top-notch customer support and service uptime.

Which is why today we’re reviewing RingCentral. We aren’t affiliated with RingCentral. We’re not RingCentral resellers. We just want to help you choose the best phone service provider out there.

One Network, One Number, Any Phone

As long as it’s a VOIP digital phone that can connect to the internet (via a wired connection, not wi-fi), RingCentral supports it. You won’t find any proprietary on-premise equipment at RingCentral; all they provide is a cloud service for your phones to connect to and a web interface to manage it all.

Additionally, you are allowed to set up all your phones using only one phone number and then reroute any calls to the appropriate department landline or mobile phone (more on that later) using the provided interactive voice response (IVR) service. No need to get a new phone line just to install a new phone. Simply plug the new phone in and it’s ready to go.

All this set up is done via RingCentral’s administration web interface (including recording IVR messages, automatic routing of calls, recordings for when callers are on hold, contact lists, and much, much more). This information is then automatically accessed by the phones while they’re connected to the internet.

As for mobile phones, RingCentral also provides an app to, essentially, allow your phone to become part of the network, regardless of where you are. Landlines can reroute calls to your mobile phone as if it was a landline phone itself, and you can make calls through the app in order to hide your personal number and have it show up as the company’s landline number instead! The highlight of RingCentral’s internet-based system is that the phone itself doesn’t care where it is, as long as there’s a wired connection it can plug into. This means that if you need to leave the office but still keep receiving calls, or maybe you’re moving to a new location, all you need to do is take the telephone, plug it somewhere else, and you’re done.

One of our clients, a transportation company, has had to move twice in eight years. The first time they moved – back before they started using RingCentral – we had to set up all their phones in the new location, which involved a huge amount of effort. Not only that, but the phones stopped ringing at the old location on Friday, and only started working in the new location on Monday. That’s a whole weekend without customer support services running.

The second time they moved, we had already switched them over to RingCentral and all we did was take the phones from the old location, plug them into the network at the new location, and voilà, phones started ringing immediately as if nothing had changed.

Your Business, Your Hours

The provided IVR service is chock-full of useful features, but the one we’ve had the most pleasure working with is the setting up of the so-called ‘auto-receptionist’. Not only are you allowed to set which extension number in the menu goes to which phone, but you can also setup a special phone number which will let you bypass the menu and connect to someone directly.

You can also disable the phones during certain hours (for example, only allow calls to come in during weekdays between 7am and 6pm) or you can set up different queues and menus for different times of the day (for example, after-hour technicians are only available between 8pm and 1am, so that’s the only time the auto-receptionist will transfer calls to those phones). These phones can either be single phone extensions or whole groups, for when you’ve got more than one phone for the same department and job.

If all this setup sounds confusing, you simply need to pick up the phone and call RingCentral, let them know what you need and they’ll guide you through every step of the way.

And that is why we’ve chosen RingCentral as our primary phone service provider. They may not be the cheapest on the market, but they offer pristine call quality, a list of features so long it could fill a book (if you’d like to see some of these features in action, check out  our video below, it goes into much more detail about the app and the web interface) and an unbeatable customer support & service to boot. They had everything we needed, and they probably have everything you need, too. 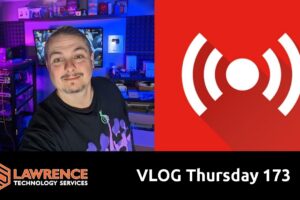 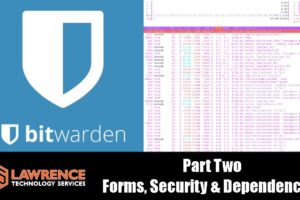