The Right-to-Repair Battle Is Only Just Beginning

The Right-to-Repair Battle Is Only Just Beginning

Taking things apart and being able to modify the devices that we own is an essential part of being in the tech business. But our laws do not always reflect this reality. Indeed, the “right to repair” is the subject of debate in a number of state legislatures as we begin the 2020s. In some cases, elected officials are looking to clarify existing right-to-repair laws, while others are considering whether to recognize rights for the first time.

An example of the latter is LD 1977, a bill currently before the Maine Legislature, which would create a statutory “right to repair electronic equipment.” LD 1977 would require original equipment manufacturers (OEMs) to “[m]ake available diagnostic and repair information, including technical updates for repairs and updates and corrections to embedded software” for their devices to the owners of such devices or an “independent repair provider” on the same terms as they provide such information to their own authorized service providers.

In other words, an OEM selling their products in the State of Maine would not, under LD 1977, be able to force customers to use the OEM’s own service provider to repair their device. This would have an enormous impact on customers who do not currently live near an authorized provider or face overly restrictive manufacturer repair policies. One Maine resident, Konner Koroski, said in written comments supporting LD 1977 that at present, there was only a single Apple store in Maine–and only four Apple-authorized service providers in the entire state–which makes it effectively impossible for iPhone users to obtain routine repairs, such as a battery replacement, without mailing their devices back to Apple. And Apple further restricts the types of repairs that “authorized” service centers can perform, Koroski said, noting that under current corporate policy, “Apple won’t service any iPad for any reason.”

Limiting repairs to OEMs and a small number of authorized providers is also bad for a state’s overall business climate. Another Maine resident, Joseph Elichaa, told the legislature that recognizing the right to repair “spurs growth of the small business, both for companies that offer repairs and for other companies that develop aftermarket repair business.” Elichaa cited his own experience as the “owner of two profitable small businesses” that employs over 100 people providing aftermarket repairs. Aside from the boost to jobs, the right to repair “keeps electronic products out of the waste stream” by giving older devices a “second life.”

Industry Lobbyists Strike Back in Maine

But while many Mainers recognize the importance of right to repair, they are up against a strong push-back from tech companies and their lobbyists. A number of groups, including the Entertainment Software Association (ESA) and CTIA–The Wireless Association filed their own comments with Maine legislators in staunch opposition to LD 1977. Kathryn P. Gunter, director of state government affairs for the ESA, said that recognizing right to repair would “compromise the security features that are vital to providing a secure media environment for the playback of copyrighted games of various game publishers.” While recognizing most independent repair shops have no interest in software piracy, Gunter insisted “it would only take a few bad actors to have a rapid and severely detrimental impact on the industry.”

Gunter, who lobbies on behalf of Microsoft, Nintendo, and Sony, also made an implicit threat, suggesting that LD 1577 would run afoul of an October 2018 decision by the Librarian of Congress that excluded video game consoles from a right-to-repair exemption under the federal Digital Millennium Copyright Act (DMCA).

Meanwhile, Lisa McCabe of CTIA argued that LD 1577 “would have a number of unintended consequences for the security and operation and electronic devices.” McCabe raised the specter, without providing any examples or supporting evidence, that recognizing the right to repair would somehow “weaken cybersecurity on devices” and allow “cyber criminals” to “more easily circumvent security protections.”

In response to this and similar fear-mongering over cybersecurity concerns, Claudia Betzner of the Service Industry Association pointed out that “[n]early every data center or cloud hosting facility in the western world makes use of independent repair services.” Yet these same OEMs insist that legislation such as a LD 1577 would “create danger and risk.” As Betzner put it, “We are their arms and legs but are blocked from competition.” 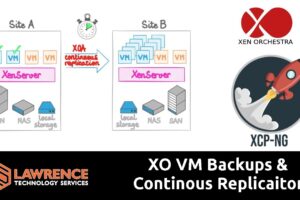 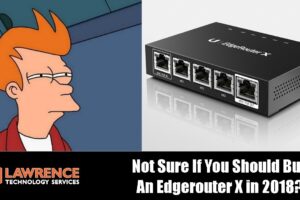 Should you still buy an Ubiquiti Edgerouter X in 2018? Is it still the best home router setup? 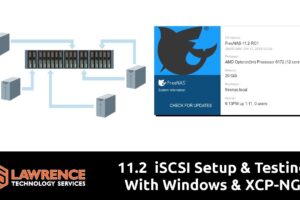